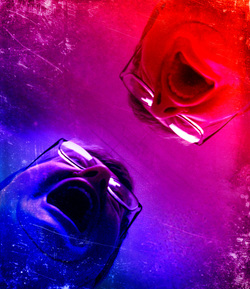 One of the chief obstacles to making meaningful, positive improvements in the East Penn School district is a small but vocal minority in our community who insist on viewing the issues we face in largely partisan terms.  The first question they ask is not whether a candidate, an idea, or a proposal is a good one, but whether or not it is “Republican” or “Democratic.”

This is a foolhardy and dangerous approach.  Foolhardy because most of the issues faced by public education and the taxpayers who support it are complex and require careful and balanced judgment based on facts.  They cannot be successfully addressed with the tired and simplistic ideological sound bites of the political parties– Republican or Democratic.   Why would anyone want to use the model of partisan pettiness and gridlock that characterizes Washington DC and Harrisburg here in our local community?

But partisanship is also dangerous.  A number of scientific studies published in just the last few months show how political partisanship actually clouds judgment and makes it difficult for people to express or act on accurate information.   The studies demonstrate that people make less accurate assessments of the economy, neglect the soundness of arguments, and ignore their own personal experience in “Republican vs. Democratic” contexts compared to when political partisanship isn’t an issue.  Put simply, partisanship hurts our ability to make the best possible choices for our community.

Dr. Claude Fischer of the University of California summarizes this research on his blog.  You can also access the individual research studies– completed at Princeton, Northwestern, Columbia, Stanford, and Aarhus University– directly through these links:

I’m proud that the many yards signs promoting my school board campaign are equally distributed in the front yards of Republicans and Democrats.  And I am committed to meeting the challenges of the East Penn school district in a balanced, inclusive and fair way that reflects careful judgment of facts, not blind partisanship.