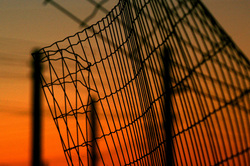 School board candidates Garrett Rhoads, Wanda Mercado-Arroyo and Chris Donatelli recently distributed  campaign literature that accused me and other candidates of not having “the decency to make themselves available for a public debate.” (You can see their flyer in its entirety here.)

My record of engagement with the community over the issues at stake in our schools speaks for itself.   This flyer says less about me and more about the judgment of the candidates who produced it.  More than anything, I’m saddened these candidates have felt they need to resort to negative attacks.

Their charges are based on an event held by the organization CEPTA last week (the name of the group is left off their flyer).  I did not attend this one meeting for the simple reason that I was not invited.    Every other public forum held during this campaign– both partisan and non-partisan– extended direct invitations to all candidates via telephone call, email, or both.   CEPTA, however, did not invite everyone.  I learned of their meeting only indirectly, by reading a published comment made by Patch.com editor Jennifer Marangos, who was invited.

An organization that extends direct invitations to individual journalists but not individual candidates is unlikely to provide a venue for open and honest discussion about public education and the needs of our community.   I’ve since learned that candidates in previous years have come to the same conclusion I have regarding CEPTA forums, including our current Republican state representative Ryan Mackenzie.

Failing to invite candidates for public office to an event, and then questioning their “decency” for not attending that very same event?  I would define decency very differently.