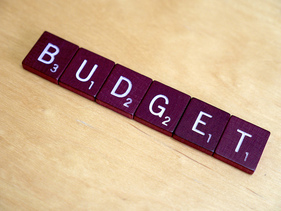 The school board passed a final budget for the 2014-2015 academic year last week, by a vote of 8-1.  You can get a copy for yourself here.  There are five key points everyone should know about the budget, with the best news listed last:

#1 The budget includes a 3.34% tax increase
There is no way to sugarcoat this point, and it is a major disappointment.  The average household will have to pay $113 more in taxes next year.  I definitely don’t want to pay this, and I don’t know anyone who does.   Like so many things in our community, the cost of educating children continues to rise.  For example, fuel prices alone are up more 7.3% over last year – and the district buys a lot of fuel for its buses.  Unfortunately, Harrisburg has increasingly shifted the burden of these costs to local taxpayers over the years, and this year is no different.

#2 This is a lean, austere budget
Even with this tax increase, the budget was cut in many areas.  Two administrative positions were eliminated.  Most of the administration office budgets have been cut by 5 percent.  The district will also be losing 4.5 teacher positions.  And principals face another year of zero increase in their individual school budgets despite increasing costs.  Overall, the final budget passed by the board contains $2.1 million in spending cuts from the preliminary budget made public several months ago.  The local tax increase, while sizeable, was nonetheless 34% lower than the state had authorized.

#3 Two of the biggest budget busters are outside of local control: pension costs and charter school payments.
The district will pay at least $1.5 million* more in retirement benefits next year, primarily due to the state underfunding its pension system for over a decade.  Charter school costs will rise $220,000, to $3.8 million.  This is at least $2.3 million** more to charter schools than it would cost the district to educate those students itself.  Without these costs, not only could the $2.7 million tax increase be eliminated, but the district could actually look at possible tax cuts next year.  Yet both of these costs are mandated by flawed state laws; local school boards are not permitted to change them.

#4 The district still doesn’t know how much state funding it will receive next year.
The politicians in Harrisburg require the district to pass a final budget before they require themselves to decide how much the state will contribute to public education.  This is like asking your children how much they plan to spend each week without telling them how much their allowances will be.  The district administration has tried to be conservative in its estimates of state funding in this budget, but several school board members believe even these conservative estimates may be optimistic.

#5 No educational programs are being cut
Despite the difficult sacrifices this budget requires, it does not cut any of the instructional programs East Penn currently offers its students.  This at a time when over half of the state’s school districts expect they will have to cut academic programs next year.  In the last three years, more than 700 such programs have been axed statewide; East Penn has lost none.  Our community’s continued support for excellence in public education will serve all residents well and pay rich dividends in home values, jobs, and quality of life both next year and in years to come.

Notes: *The total increase in retirement benefits next year will be approximately $3.1 million, but the district receives about half of its pension contributions back from the state.  **The superintendent believes all charter school students could be re-absorbed into the district for a cost of only $500,000 out of the total $3.8 million in charter school payments.  Even tripling his estimate leaves a $2.3 million surplus.