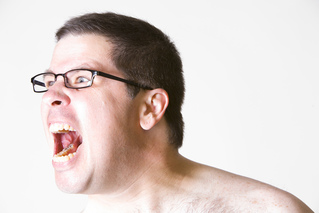 I’m sad to report that there was lots of hate and vitriol on display at the East Penn school board meeting last night. Board members were accused of conspiracies, cover-ups, and conflicts of interest. They were called Stalinists, bullies, fascists and mentally unfit.  They were threatened with personal lawsuits.

Why All the Insults?
People were reacting to a proposal on the meeting agenda to censure– formally reprimand– board member Lynn Donches for “material misstatements of fact.”   I believe the proposal for censure arose because of allegations Mrs. Donches made at our previous board meeting against longtime district employee Debra Surdoval.   Donches publicly accused Surdoval of participating in a “coverup” and implied (though didn’t explicitly state) she might be involved in criminal activity.

I say I believe this is the reason for the agenda item, because I actually don’t know for sure:  the motion was ultimately not discussed by the board at all.  No board member– myself included– seconded the proposal.   So all that emerged from the motion was poisonous name-calling and unsubstantiated innuendos about possible hidden motivations of board members and district employees, all made merely in anticipation that such a censure vote might be taken.

The tragedy in this episode lies in its example of the continued ability of a small but vocal minority in our community to hijack substantive discussion of both educational needs and fiscal responsibility in our district.  The board, made up entirely of volunteers, is forever forced away from the real needs of students and taxpayers by personal insults, politically motivated threats, and fantastic conspiracy theories.   Because of this, such nonsense represents more than an attack on board members; it is an attack on all of us.  And we all lose.

What Can Be Done?
Simple: show up.  I mean what kind of community do you want?  Don’t let a hateful minority of voices define our larger community voice at school board meetings.  Come and speak about something you appreciate about our public schools.  Or come and voice a complaint you have.  Or an idea for making the schools better.   There are no shortage of problems in our district that need solving (though I’m reasonably sure Stalinism is not one of them).  The point is not that everything is perfect or that we will all agree on every issue, but that public education is a community good that can only be preserved– and improved– through engaging everyone in civil discussion and debate.

The beginning of every meeting is set aside for public comment, and even a single thought expressed in just a few seconds is useful.  The agenda is organized so that you can leave in less than a half hour if you like.   Our next board meeting is June 22nd, 7:30pm, at 800 Pine St. in Emmaus, and future meetings are listed on the district website.   I will be there.  I hope you will too.

NB: This post is a more formalized version of comments I made on Facebook the night of the meeting.  I address different, but related, issues in two previous posts: “The Problem with Partisanship” and “Censorship in Our School District“.