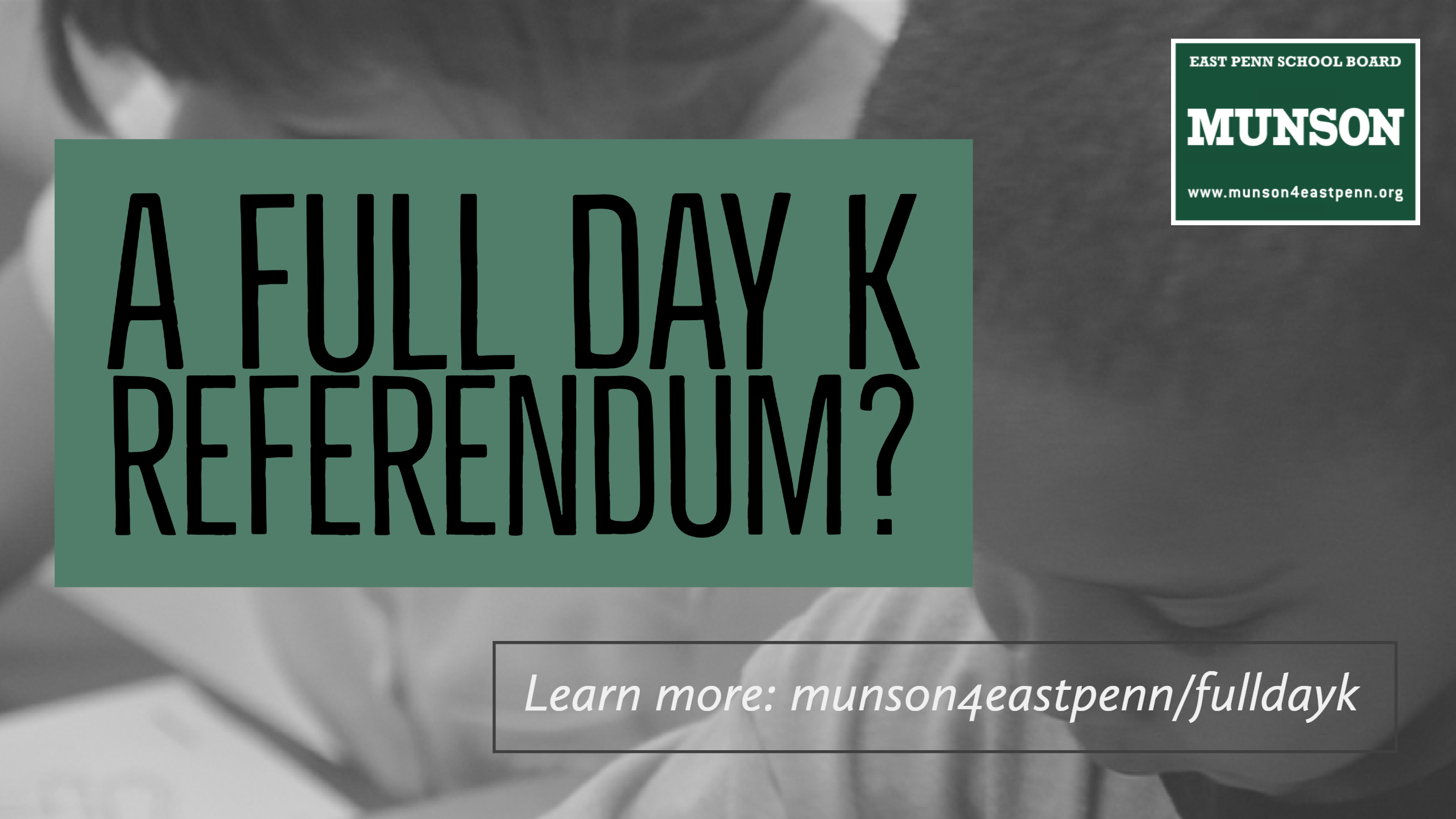 ​As social media and newspapers have reported, full day kindergarten was on the agenda again at last night’s East Penn School Board meeting.  But the question before the board this time was not whether to adopt a fully day K program.  Instead, the proposal was to initiate a referendum that would require the public to decide the matter.

I opposed the motion on a number of grounds.  First, because it would delay the creation of a full day program by several years.  Second, because it would have required that the program be paid for with a tax increase (which I don’t believe is necessary).  Third, because the school board was elected by the community for the express purpose of making curricular and budgetary decisions like this, not ducking responsibility for them.  And fourth, because I’m confident that a straight up or down vote on full day K at the next regular meeting of the board, after the newly elected members have been sworn in, will be more likely approve the full day program.

In the end, no debate or vote was held on the referendum issue Monday night because the proposal did not have even two board members willing to speak up for it– a requirement for discussion under the rules of our meetings.

I will continue advocating for full day kindergarten.  It is in the best interests of our kids and the community.  And I look forward to a straight up or down vote on the plan at the December 11th meeting.