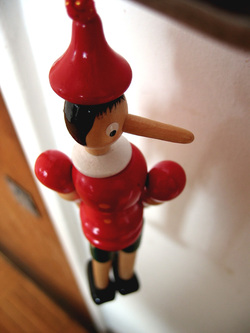 As I go door to door, concern over the new Common Core standards is one of the most frequent issues raised by the people I meet.   I’ve learned a great deal these last few months about Common Core by talking to community members, asking questions of educational professionals, and research into its history on my own.

I am a skeptic of Common Core standards based on what I’ve learned.   There is no research demonstrating the standards will improve the quality of education in our classrooms.  And they are likely to contribute to the ongoing problem of relying on high-stakes standardized testing in the schools.

I may write more about these problems  in a future post.   But to be honest, right now I am even more concerned about the misunderstandings of Common Core that are coming to dominate discussion of it.    There are plenty of good reasons to be skeptical of Common Core, so there is no need to perpetuate false ones.   Three myths in particular stand out to me:

Myth #1: Common Core is a federal mandate
This is perhaps the most common misunderstanding.  Common Core standards originated in efforts by state governors, not the federal government.  They are not, nor ever have been, an initiative of the federal government.    The standards are also completely voluntary; no state has been forced to adopt them.  They are therefore in no way a “mandate”.   Common Core represents neither a federal takeover of local education nor a replacement of the (federal) No Child Left Behind Act.  Sadly, this myth has grown because some people use it deliberately to score political points.  They know that “federal mandate” is a buzzword that is good at generating community opposition, so they apply this label to the Common Core not because it is true but because it is useful to pushing a particular political ideology.

Myth #2: Common Core is a new curriculum
Common Core is a set of standards, not a curriculum.  It consists of a list of knowledge and skills that students should have at different grade levels.  Local school districts are still free to choose their own textbooks and reading lists.  Teachers remain free to teach the knowledge and skills contained in the standards in any way they see fit.   To be sure, any set of standards is going to influence what materials are used and how teachers teach.  I had to learn more about the difference between “standards” and “curriculum” myself when I began learning more about the Common Core.  I’m glad I did, as any intelligent discussion of their place in the schools requires an understanding of this distinction.

Myth #3: Common Core covers everything taught in school
Common Core standards have been developed for only two subjects: math and reading.  They do not address science, social studies, or any other topics covered in the curriculum. Whatever the strengths or weaknesses of the Common Core, they are limited to just two subjects.

We need accurate facts to make good decisions for our schools
Surveys show that most people don’t know very much about Common Core.   A national poll this past summer showed that less than one third of Americans had even heard of the Common Core.  Worse, many who had heard of the standards held factually incorrect views of how they were created and where they came from.  The lack of knowledge about the Common Core makes it even easier for these three common myths to persist.   One of the core platforms in my campaign is that we– as a community– need to make decisions about our schools using objective and accurate facts.  The current debate over Common Core is a great example of how this is currently not the case.

Whether you are a Common Core skeptic or supporter, I think we should all agree that the debate over the standards should be based on a clear-eyed understanding of what Common Core actually is, and not myths and political slogans about it.

To learn more about Common Core, start by going straight to the source: The Common Core Standards Initiative.  You might also find critical columns published in the New York Times and the Washington Post this past summer useful.  Or, for something more local, this opinion piece by George Ball, chairman of the Bucks County-based Burpee seed company.

1 thought on “3 Myths about Common Core”