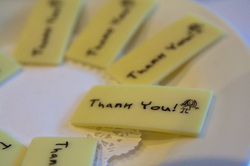 The results are in, and I’m pleased to say I’ve been elected to the East Penn School Board!  I will work hard to represent the best interests of everyone in our community, both those who voted for me and those that did not.    Congratulations too to Mr. Earnshaw, Ms. Heid, and Mrs. Fuller, who also won seats on the board.  I look forward to working with the other school directors to building on the tradition of excellence in our district.

I’ve learned an enormous amount over the course of this campaign.  First and foremost, I’ve learned how much time, effort, and energy of others is required to run a successful campaign.   I’ve received untold amounts of that help from many of you, some who I’ve known for many years and others who I’ve only recently met.  Your tireless efforts, your insights, and your steady stream of encouragement are what made the difference in this election.  This truly was a team effort.