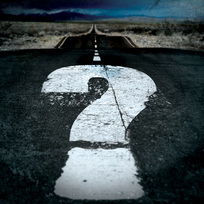 As you may or may not be aware, the East Penn School district is selling the former Lower Macungie Elementary School property that is at the corner of Krocks and Lower Macungie Road.  The vote was 8-0 in favor of the sale at the August 10th, 2015 board meeting.  You can read the Agreement of Sale for yourself if interested (look for Exhibit #16).  Incidentally, the board also discussed a policy for allowing service horses inside district buildings at that same meeting– see what you are missing by not attending?!

Last night I received an email from a fellow community member asking about the reasons for the sale and expressing concerns about the sale price.  I am posting my (slightly edited) response here, as it might be of interest to others:

I can’t speak for the board as a whole, but I will tell you briefly why I voted for the sale.  My first choice would have been to preserve Lower Macungie Elementary for possible re-opening as a school if it were needed down the road.  Unfortunately, however, the school building is no longer usable by the district because the cost of making wheelchair access and other required code improvements to the building are cost prohibitive.  There is no reasonable way to bring it up to code without incurring huge capital expenses that are unwarranted by the size and current condition of the building.  Indeed, even maintaining the building right now is expensive– the rent from the current tenant barely covers the district’s maintenance costs.  And, of course, keeping the property without using it to educate our students means the property is not on the tax rolls, putting that much more pressure on existing taxpayers in the community.

Another possibility, of course, would have been to keep the property for possibly building a brand new school in the future.  Unfortunately, that particular piece of land is not big enough to accommodate a modern school– again, because of changes in the legal requirements the district has to meet for new construction.

Why sell now is another reasonable question.  As you may know, the district is going through a period of enormous financial strain.  I would like to keep taxes as low as possible without having to cut programs like music, arts, and athletics, as they have done in places like Allentown.  And I don’t want to cut teachers– we already have class sizes in many schools that are far too high.  Because this is a piece of property that the district is not using, and cannot reasonably expect to use for a school in the future, it doesn’t strike me as fiscally responsible to hold on to it while at the same time asking taxpayers to continue to foot higher bills to meet the current financial strain.

In terms of the price, I disagree with those that have suggested the sale price is too low.  The district commissioned multiple assessments of the property’s value and had a professional valuation conducted.  As a final check on this work, a court must certify that the district received fair market value for the property before the deal is finalized.   I used all of this data in making my judgment that the $840,000 price was a good deal for the district.

I don’t know if this explanation will convince everyone that the sale was the right thing to do, but I hope that it at least makes it clear what reasons I had for voting for the sale.  I take my responsibility as a steward of district resources extremely seriously.  District resources are, after all, ultimately the community’s resources.  My vote in favor of the sale was not made lightly and came after a great deal of study of different options.   My daughter attended kindergarten at Lower Macungie Elementary, and I will miss the school that has been standing in that spot for over 60 years.  But in the end, I had to consider all possibilities, and in this case I believe the sale was the best option for our district and our community.