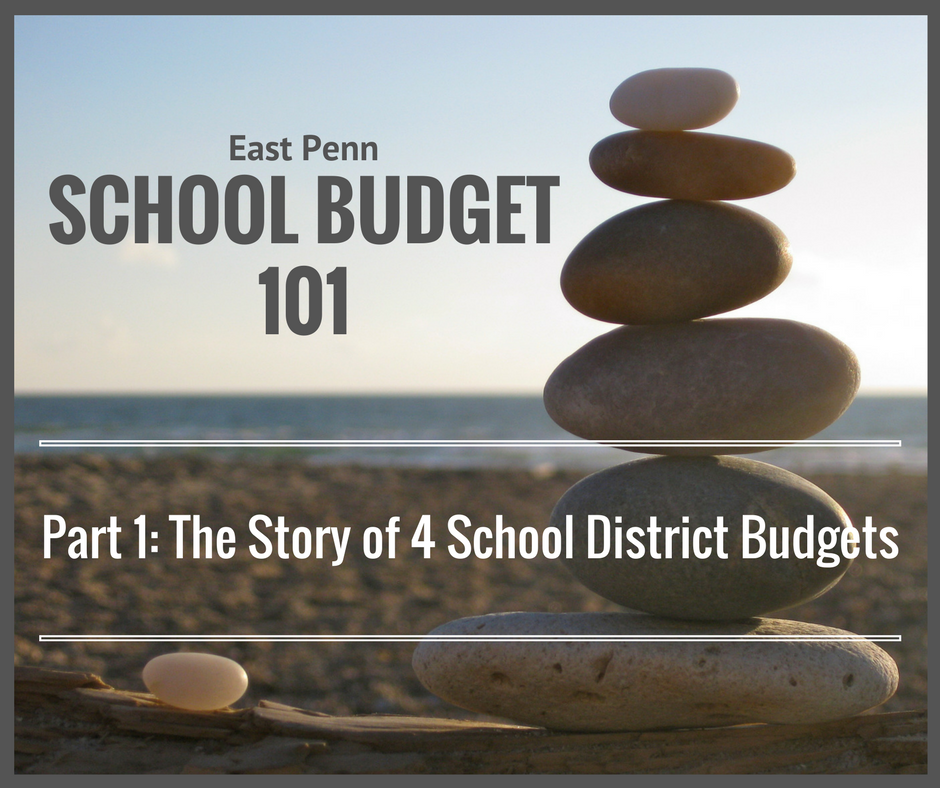 ​One of the chief sources of misunderstanding about the budget comes from the large number of budget votes the school board must take each year.   The school board is required by law to adopt not one budget, but four every year: a ‘proposed preliminary budget,’ a ‘preliminary budget,’ a ‘proposed final budget,’ and a ‘final budget.’  The last of these — the final budget — is scheduled to be adopted in June (you can see the full budget schedule for yourself here).

An important twist to this schedule is that the state legislature and governor don’t reveal to school districts how much aid they will be receiving until after all four of these votes have taken place.  Last year, the state did not pass its own budget, including the education budget, until March of the following year– a full nine months after the district was required to adopt its own final budget.  But even if state lawmakers meet their own legal obligation to pass a state budget by June 30th each year, East Penn must adopt still adopt all four of its budgets without knowing how much revenue it will receive from the state.

To make matters worse,  Pennsylvania is one of the only states in the country that does not distribute state aid to school districts according to a predictable formula.  Instead, state support for education is at the mercy of the changing whims of our representatives in Harrisburg, subject to annual renegotiation and partisan maneuvering.  The result is that local school districts like East Penn have no way of predicting with any accuracy or certainty how much state revenue they will receive.

So there is lots of chatter about school budgeting over many months each year.  But each of the four annual budgets– proposed preliminary, preliminary, proposed final, and final– can change significantly as the state budget becomes more clear,  as new local information comes in, and as further discussion and negotiation takes place between district administrators and the school board.  In past years, I have voted in favor of some budgets and against others.  And the figures in each year’s first three budgets always change by the time the final budget is adopted four months later.  This year, the preliminary budget included a tax increase of 3.77%, which was reduced to 2.9% in the proposed final budget (passed on Monday, May 8).  It is my sincere hope that we can keep this reduction — or reduce taxes even further — in the final budget in June.

This budget timeline is only one piece of the larger budgetary puzzle in our district.  To read the other pieces in this budget series, check out: