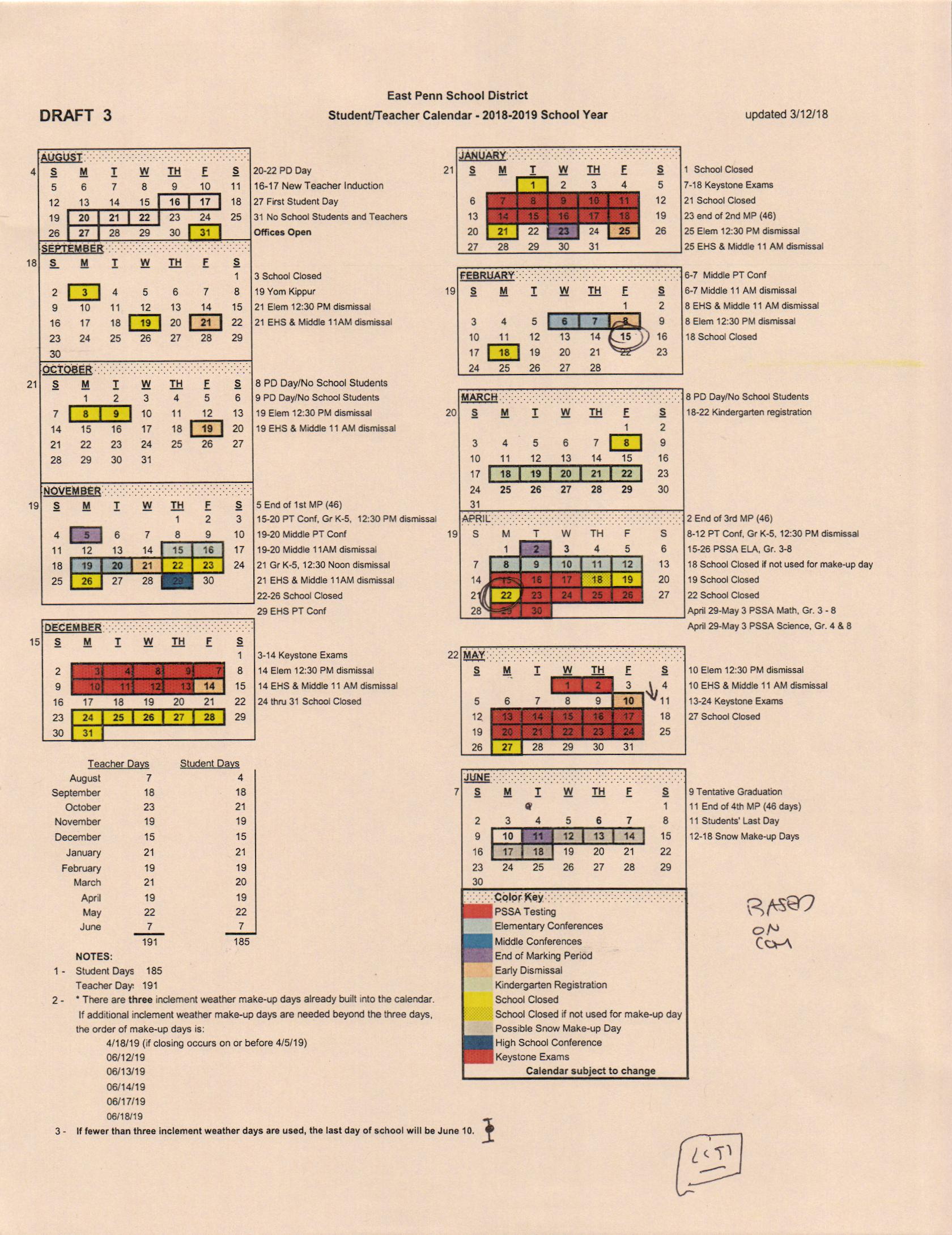 Good news!  Next year’s district calendar will include three built-in snow days (rather than the traditional two) and will guarantee a four-day spring break (rather than three).  Both changes will help families in the district better plan family vacations, childcare, and other important activities.

I have long criticized the school calendar’s two snow days as unrealistic (see here for example).  Over the last decade, the fewest snow days that have been used in a year is three, and has been as many as eleven.  Changing the calendar so that it at least reflects the bare minimum number of weather-related school closings we expect is just common sense.

The school calendar proposed by the district administration two weeks ago didn’t do this.  As in previous years, I raised objections based on the community’s need for a more realistic plan.  I know many of you voiced your opinions as well.  Drawing up the school calendar is surprisingly complicated.  There are many different factors that need to be accommodated and coordinated.  I want to thank the administration for their willingness to listen to– and act upon– community concerns about better planning snow days and long weekends.  Next year’s calendar isn’t perfect, but it is a step in the right direction.