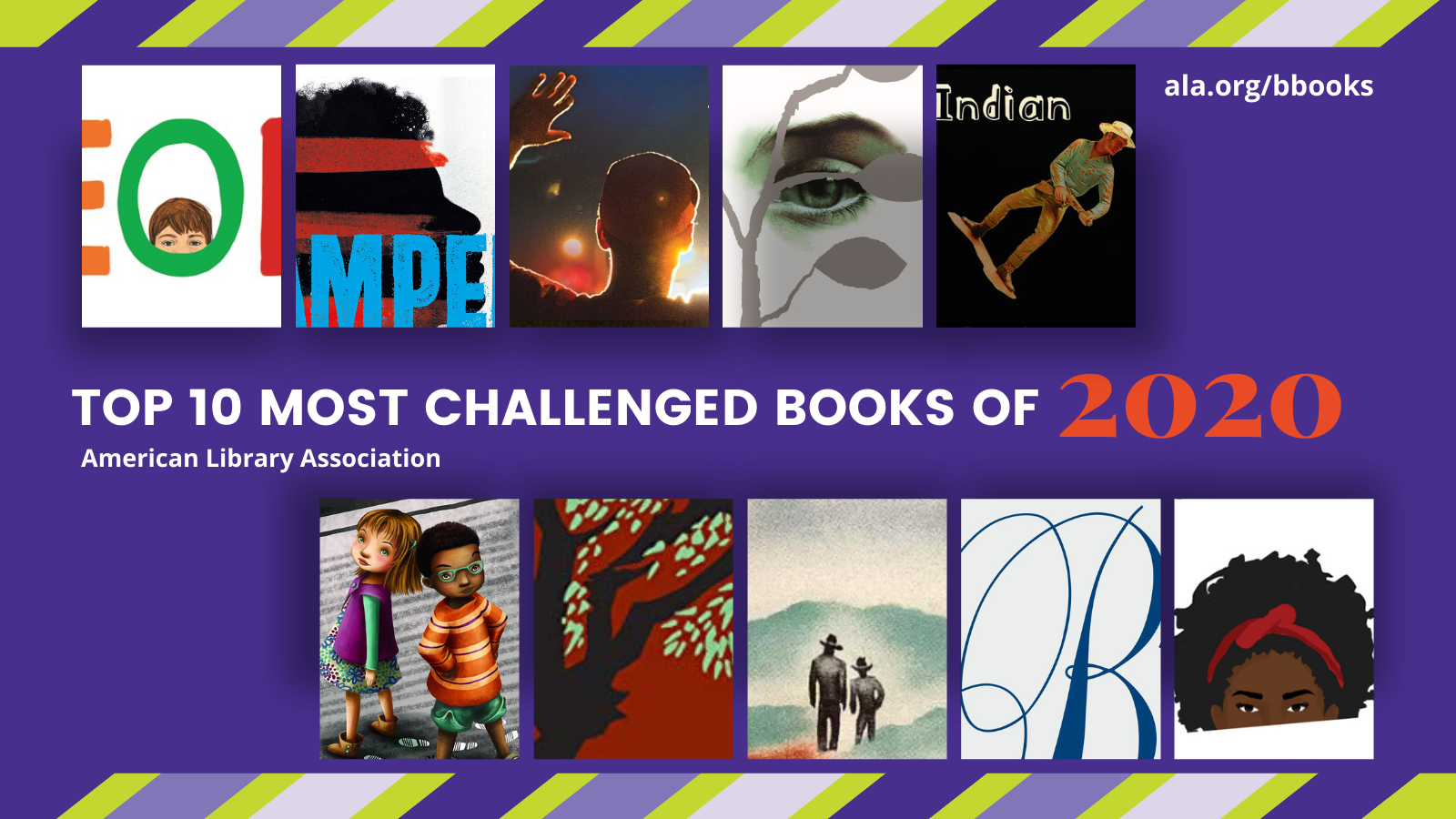 It’s Banned Books Week! Established by the American Library Association (ALA), Banned Books Week highlights the ongoing danger of censorship, particularly in our schools. Censorship has, sadly, been alive and well throughout the country over the last year. Here’s the ALA list of the ten most frequent targets of censorship in 2020 (followed by my comments):

I see two important patterns in this list. First, the majority of these books are for kids or young adults. Why do some parents believe they should have the right to censor what other kids read? Second, the majority of these books have been censorship targets because they touch on racial issues in some way. My own view is that we should be focused on confronting racial issues, rather than banning books about them. I also find it telling that the top 10 most censored books just four years ago didn’t contain a single title challenged on the basis of race. Something has clearly changed.