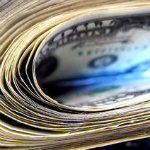 The U.S. Congress has a longstanding law prohibiting American politicians from taking campaign contributions from foreign governments and citizens.  The law was affirmed unanimously by the Supreme Court as recently as 2012, and for good reason:  Outside powers should not be able to choose our political leaders, or control them once they’re in office.

I believe this same logic applies to our own local community as well.   Local control of our schools depends on local control over our school board elections.  If we don’t trust national leaders to pursue the common good while taking outside money, why should we trust local leaders to pursue our community’s best interests while taking outside money?

Let me be clear: it is not illegal for a school board candidate to take money from outside the district.  They are well within their rights to use these campaign dollars to influence the East Penn School Board race in any way they wish.  But outside money in a non-partisan, community election is invariably targeted at scoring partisan political points that make up the ongoing dysfunction of Washington DC and Harrisburg, not the good of our community.  Even more importantly, using outside money in a school board election is inconsistent with the principle of local control of schools, a principle that both Mr. Donatelli and Ms. Allen have repeatedly said is at the core of their campaign.

I agree with Mr. Donatelli and Ms. Allen that local control is a principle worth defending.  I therefore call on them to return the money they have received from outside our community, particularly the money received from outside politicians.  Let’s let the people of East Penn decide who will best represent them on the school board, not outside funders.

Following the money can’t tell you everything about a candidate.  But it certainly can tell you something!  I urge Ms. Allen and Mr. Donatelli to join the other five candidates in the local school board race– Wally Vinovskis, Rich Mathesz, Paul Champagne, Ken Bacher and Chuck Ballard– in refusing to take money from outside the district.