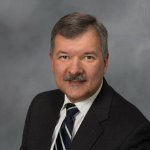 I am writing to recommend you vote for Reverend Wally Vinovskis for the East Penn School Board next Tuesday.  Choosing school board members is a tricky business because the best people for the job– the people we most need guiding our district– are not politicians or self-promoters and therefore often have a tough time in local elections.  They are people who are generous of spirit, who listen, engage with others, and think independently.  But they tend also to be the type of people who don’t spend much time tooting their own horn.  Wally is one such person.  And so I want to share with you some reasons you should vote for him that I suspect he is unwilling to tell you himself.

First is his approach to solving problems.   Wally tackles each new issue with an open mind.  His remarks during school board deliberations demonstrate that he listens carefully to others and incorporates what he learns into his own thinking.  But a willingness to listen and learn doesn’t mean he can’t also be independent.  Last year Wally voted against supporting a Tax Increment Financing plan for the Hamilton Crossing development despite strong pressure from both within and outside the district, and in contrast to a majority of the board members who appointed him in the first place!  This independence extends to his refusal to reduce the problems of the district to partisan ideological battles between Democrats and Republicans.   After two years of working together, I still have no idea what political party he generally supports in national elections.   And this is how it should be on the school board.

The second reason you should vote for Wally is his approach to other people.  He works with others collaboratively rather than combatively.   When other members of the board express opinions over which he disagrees, I have witnessed him focus attention on whatever sliver of common ground he shares with them and work hard for the good of the district on those commonalities.  He is a board member who actively looks for areas of consensus among diverse points of view, rather than a board member who tries to score points ‘winning’ an argument or insisting on having the last word.  Wally’s attitude and approach to other people makes a difference in building up our community.

A third reason to vote for Wally is his demonstrated commitment to the welfare of our public schools.  Here is just a partial list of school initiatives in which he has given his time, energy, and expertise over many years:  the Act 1 Tax Study Commission, the Steering Committee for the recently completed district strategic plan, the Emmaus High School Middle-States Accreditation Steering Committee, the Take Back Our Children Task Force, the Superintendent’s Parents’ Advisory Committee, the Coordinated School Health Committee, and of course the East Penn School Board.  What this list doesn’t include is his more personal investment in the district, including his devotion to the EHS marching band booster club,  and his nearly spotless record of attendance at Eyer, LMMS, and Emmaus High School music concerts each year.

There are several other candidates that I will be voting for next Tuesday along with Wally Vinovskis: Ken Bacher, Chuck Ballard, Paul Champagne, and Rich Mathesz.  They will all make excellent school board members.  I have singled out Wally here because I’ve gotten to know him best over the last two years.  He has been a superb board member, and it is my sincere hope our community takes advantage of his willingness to serve for four more years.   Please vote.

PS: You may also want to take a look at the Voter Guide from the League of Women Voters for more information about all the candidates for school board.