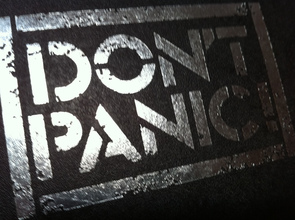 Classes resume Monday morning at Emmaus High School, after security concerns led to a lockdown and early dismissal on Thursday and cancelling of classes Friday.

As our kids try to return to their normal routines, I urge all parents, students and staff to consider how much damage spreading unsubstantiated rumors about the incident last week can do:

As the unsubstantiated rumors of gangs and guns and knives and threats spread late last week, East Penn student Caleb Burkhardt posted his reaction to the issue that was more thoughtful and sensitive than anything I read by any adult:

Today at Emmaus High School, there was a lockdown initiated at 8 AM due to a contraband search after a student dropped a box of bullets nearby/in one of the cafeterias. Now if you know me well, you’ll know I despise being in the dark; but the proper response to being in the dark is not creating and or spreading rumors. It’s human nature to panic, human nature to believe the first thing you hear. But just because it’s the first thing you heard doesn’t make it true. All that it has succeeded in doing is creating an unnecessary atmosphere of panic and fear. According to the district attorney, all that was found was the box of 50 .22 caliber bullets. That’s it. I understand that many people do not trust law enforcement and the like, but when it comes to the safety of students and a town where the worst law enforcement has done is enforce 2 hour parking in the triangle, I’d trust what they say over the hearsay being spread by other students. Just because a majority claims it is true does not make it so. Now lets address some of the rumors. No guns were found, no one was arrested, there is no confirmed “gang.” There were no knives or drugs found. The DA stated that the only thing found were the bullets. While there may be a gang or may have been/be a plan to shoot up the school, it remains unconfirmed and at this point is – as far as I am concerned – hearsay. That isn’t to say that being worried and panicking was an incorrect response, by all means it was perfectly reasonable. But what was not reasonable was spreading unconfirmed statements that do nothing but further the chaos. I understand many of you do not want to go to school tomorrow, and understandably so. However if it is because you feel “unsafe,” the school will have Emmaus Borough Police on campus, certainly able to stop any shooter. I’ve seen people say that yes it is true that there is going to be an attempt at a shooting tomorrow. Not to offend or call out these people, but unless your source is the person intending on shooting other people (in which case why haven’t you reported it?) I am inclined to believe otherwise. There is a limit to better safe than sorry, and here we see it. Stop furthering the fear and chaos. Think before you post.

The lockdown on Thursday was not a signal for us to panic about the safety of our high school.  It was a signal that we have well-trained and prepared administrators doing their jobs.

I don’t know more than any other parent what our law enforcement professionals will ultimately learn about this incident; whether it was an accident, a hoax, or a real threat. But no matter where the truth ultimately lies, unsubstantiated rumors and panic WILL do harm and will NOT make our kids safer.

I write this not only as a member of the school board, but also as a father whose daughter was in the high school Thursday morning.  So I have a very personal understanding of the anxiety that this kind of incident can produce.   I call on everyone in the community to resist letting this anxiety morph into rumor-filled hysteria.

And in the spirit of lightening our collective anxiety, I end with Monty Python’s classic take on a moral panic and the logic of the rumor mill in a much different time: